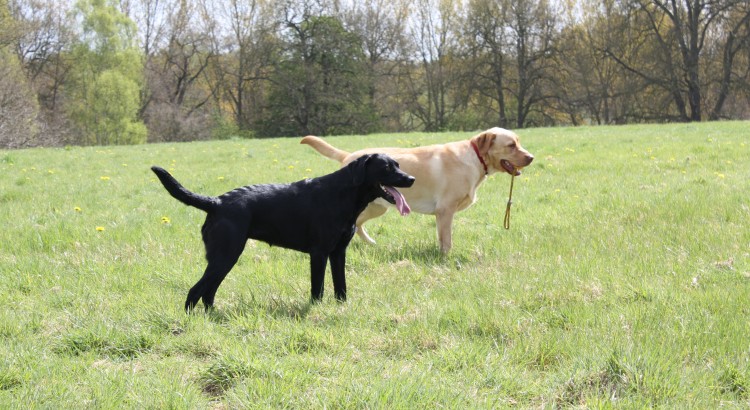 “We first met Marianne when we enrolled our 4 month old beagle, Lily in the Wag n Train puppy class at Old Milverton Village Hall. We were immediately impressed by Marianne’s enthusiasm and natural rapport with the puppies. She was endlessly patient with the puppy owners and with all the young dogs in her charge. We enjoyed every week of the training and despite the fact that we had chosen a particularly challenging breed, Lily made huge puppy progress all thanks to Marianne.

A change in our circumstances meant that we had to be away from home far more than we had anticipated when we decided to add a puppy to our family. We could not bear to leave Lily at home but did not know what we could do with a bouncing 6 month old beagle. To our delight we discovered that Marianne ran a day care facility for dogs and a call to her secured a place for Lily 5 days a week.

We delivered Lily to Marianne on her first day of doggy nursery without the slightest worry that Lily would be well cared for. Four months later we could not be happier with the care Lily receives. We drop her off in the morning and she races to the door to join her doggy pals for fun and frolics. We can both relax and know that Lily is safe and happy and gets plenty of exercise into the bargain. The only drawback is that when we pick her up, she only has the strength to eat her tea before she falls into her bed, exhausted by the days events. As one of the reasons for having a dog was to get more exercise ourselves, we often find that Lily is too tired for an evening walk.

We cannot thank Marianne enough for her kindness and professionalism. The McKenzie family owe Marianne, Andrew and the team an enormous amount and we would urge anyone in the same situation to give Marianne a call”.

“Alfie is a Weimaraner and he is approaching two, some might say no longer a puppy but I fear Alfie will always be a puppy at least for another 5 years or so. Bar my kids he is the most precious thing in my life, I have had him since he was 10 weeks old and cannot imagine life without him.

I met Marianne in Pet Smart whilst she was training a German Shepherd, Alfie was a very new addition to the family then. I am not even sure how we got talking but we just connected and I knew in an instant I needed her in our lives. Over the last two years much has changed in our lives, but through all of the ups and downs I have lent on and relied on Marianne to be a constant in Alfie’s life whereby she has trained him, walked him and above all treated him as one of her own.

One thought on “Testimonials”